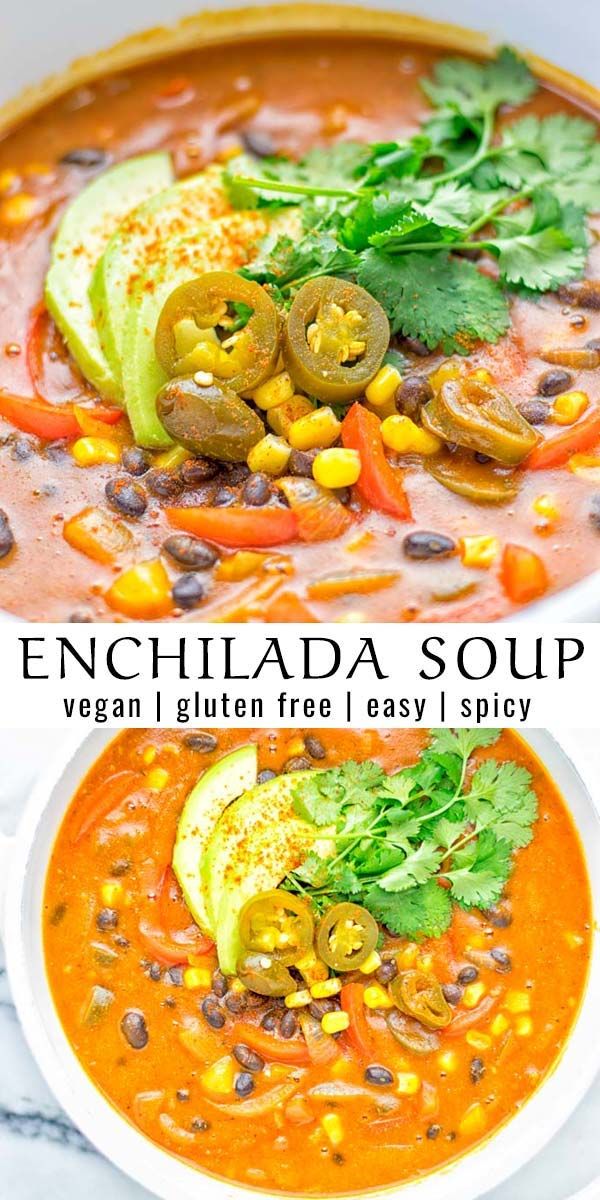 This Spicy Garlic Enchilada Soup is made in one pot, insanely delicious and super easy to make. It is vegetarian made without chicken, even naturally vegan. With the creamy sauce, this healthy recipe can also be make in an Instant Pot or crockpot. Try it now you won’t believe how easy it is! #vegan #glutenfree