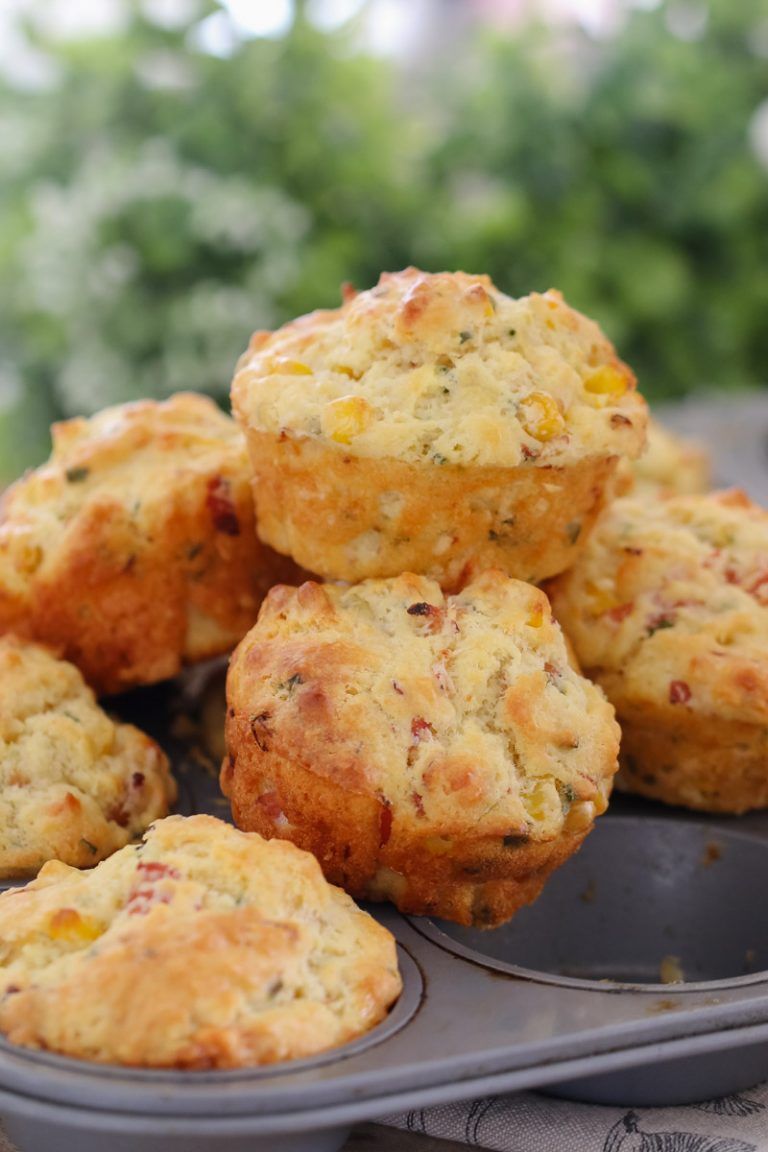 A super easy savoury muffins recipe made with ham, corn, cheese and chives… perfect for lunch boxes, as a side to a bowl of soup or on their own! Printable Thermomix and conventional recipe cards included.