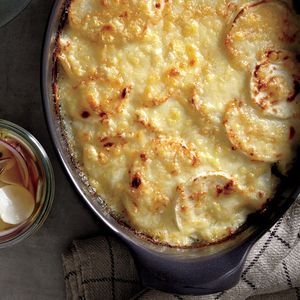 Savory Turnip Gratin with Greens | MyRecipes.com Clear a place of honor on the Thanksgiving table for this creamy and exceptionally comforting casserole.