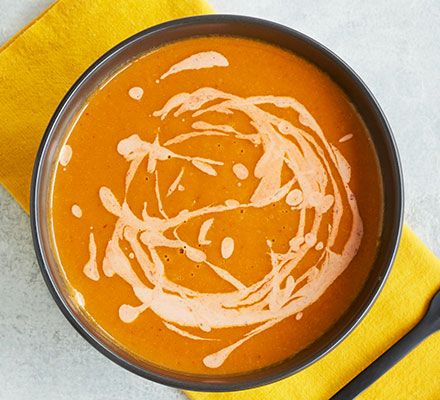 Blend butternut squash and red pepper together with the flavours of harissa and spices to make this warming soup. It’s healthy, low fat and packed with vitamin C