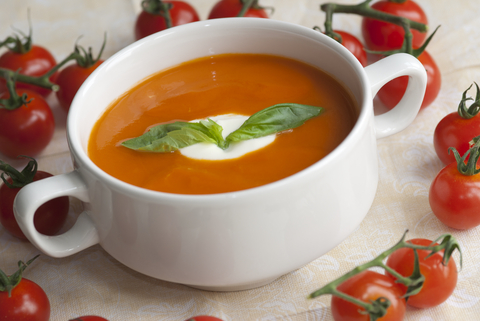 Pottering with our soupmaker will never go out of fashion.  The kids love Heinz so I thought I’d give a basic tomato soup a try.  I have tried making tomato soup before, but it just didn’t cut it f…