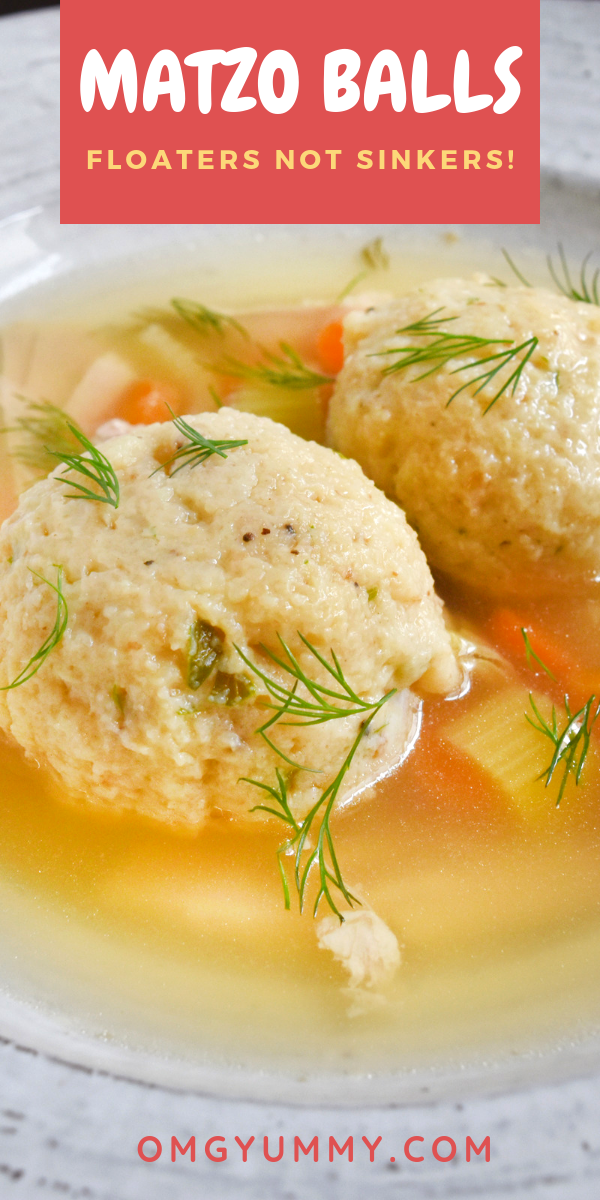 Matzo Ball Soup with Homemade Chicken Stock is a must have recipe for your Jewish Holiday table or anytime warm, comforting soup is a must. This recipe includes all the make ahead options and best tips and tricks to make fluffy light matzo balls that float not sink. #matzoballsoup #matzoballs