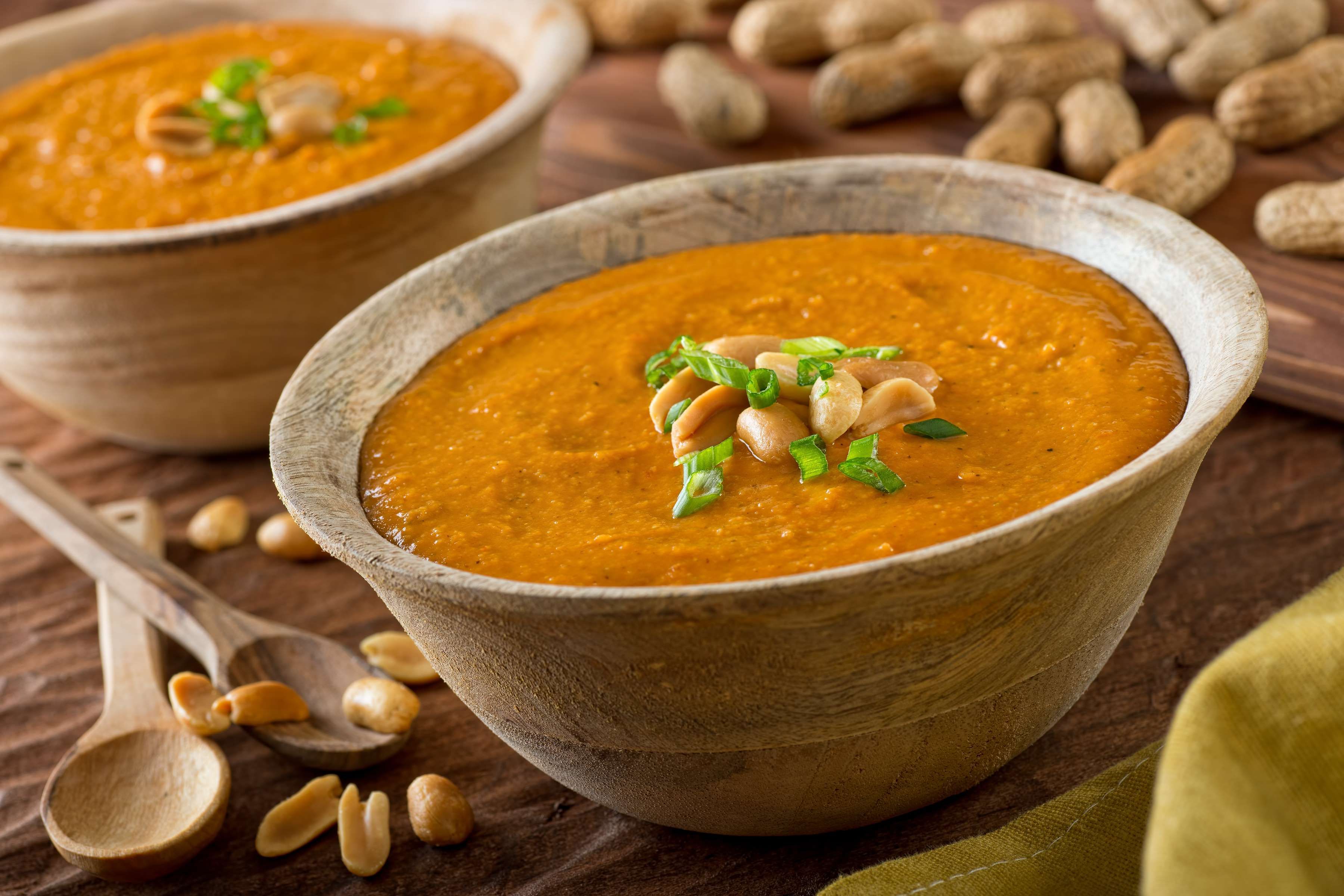 This hearty and comforting peanut stew is both super quick and easy, featuring a bounty of tomatoes, collard greens, and sweet potatoes. This dish can be made completely vegetarian by simply omitting the chicken and chicken stock. Serve this stew with flat bread or steamed white rice.