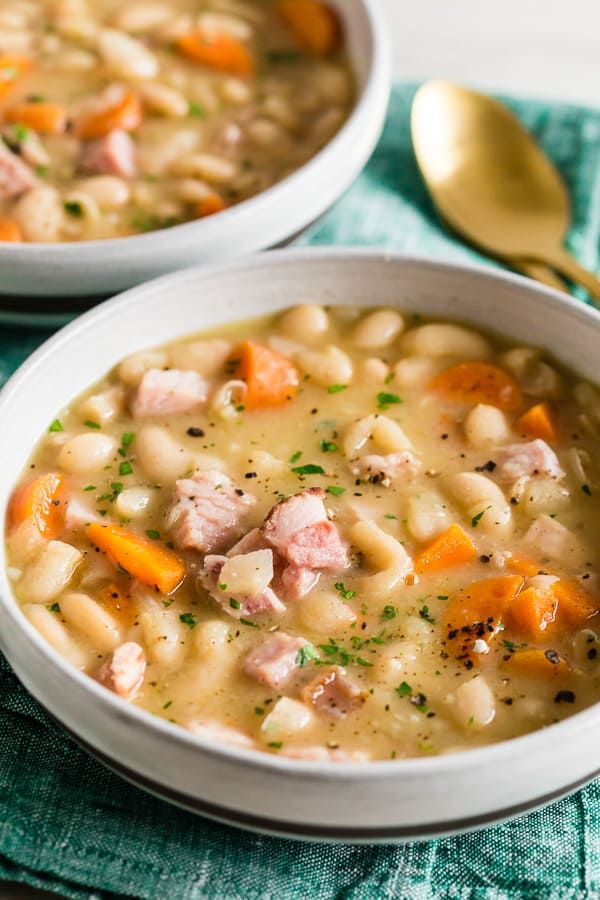 This quick and easy ham and bean soup is packed full of white beans, smoked ham, carrots, and onions. It’s ready in just 30 minutes and a hearty way to use up all that leftover holiday ham.