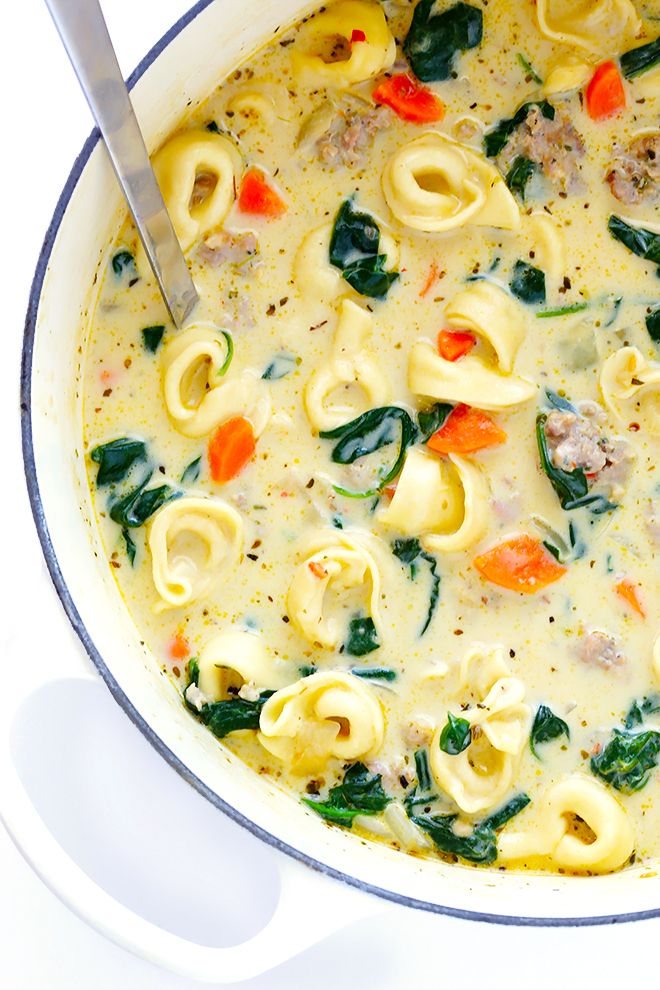 This Creamy Tortellini Soup with Italian Sausage is an absolute WINNER. It’s made with a rich and creamy broth (made without heavy cream!), cheesy tortellini, zesty Italian sausage, and lots of greens and veggies. Total, delicious comfort food! | gimmesomeoven.com