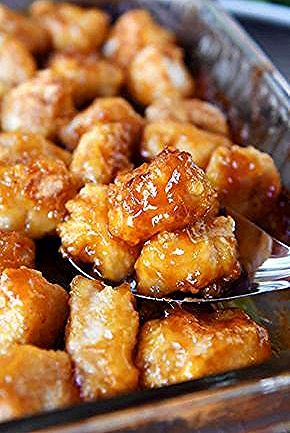 Crazy popular, this baked sweet and sour chicken is a miracle of a dish. Baked, not fried, it has been a family favorite for over a decade! | melskitchencafe.com