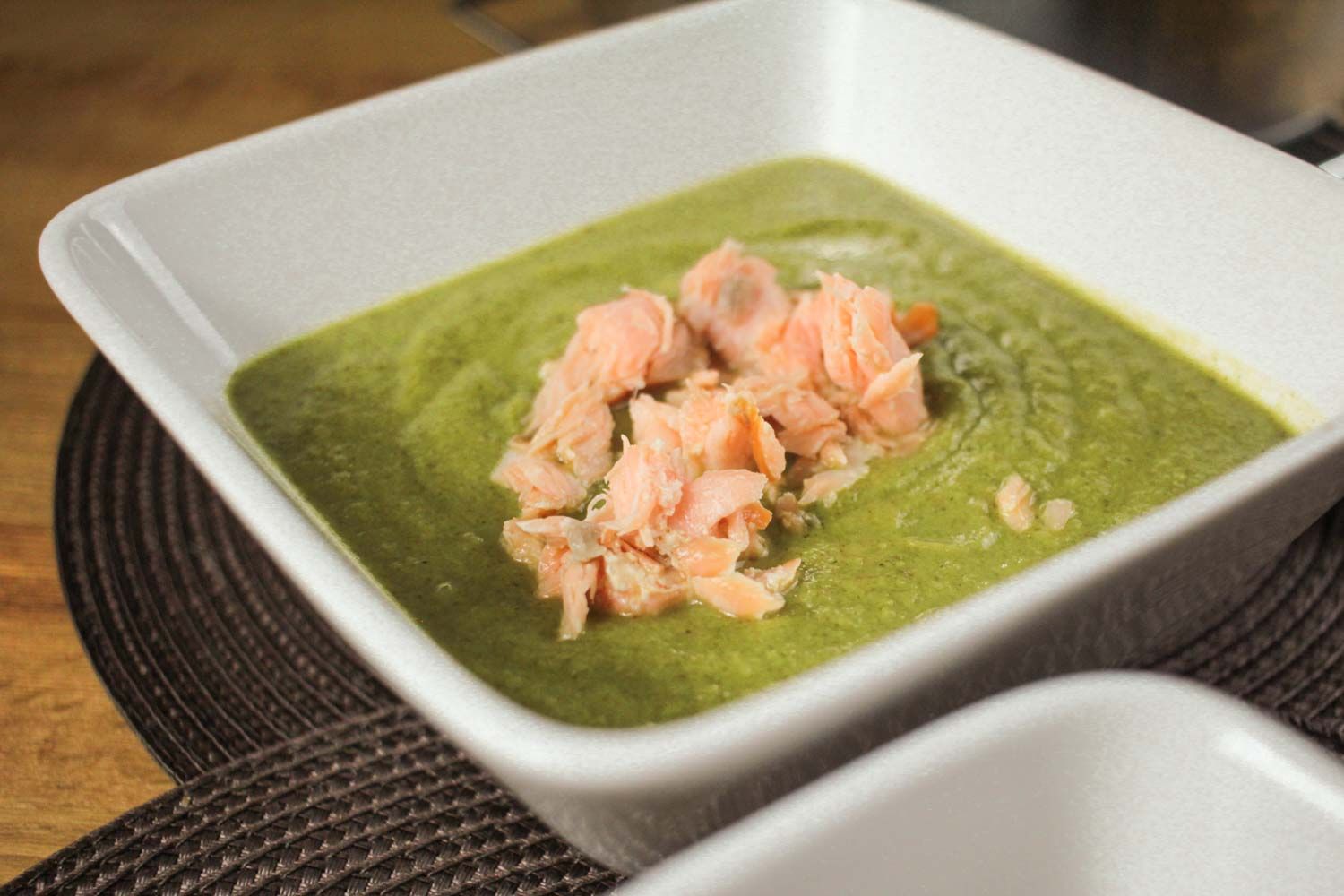 On a health drive after indulging at Christmas? Try this broccoli and salmon soup for lunch – it’s healthy and incredibly tasty!