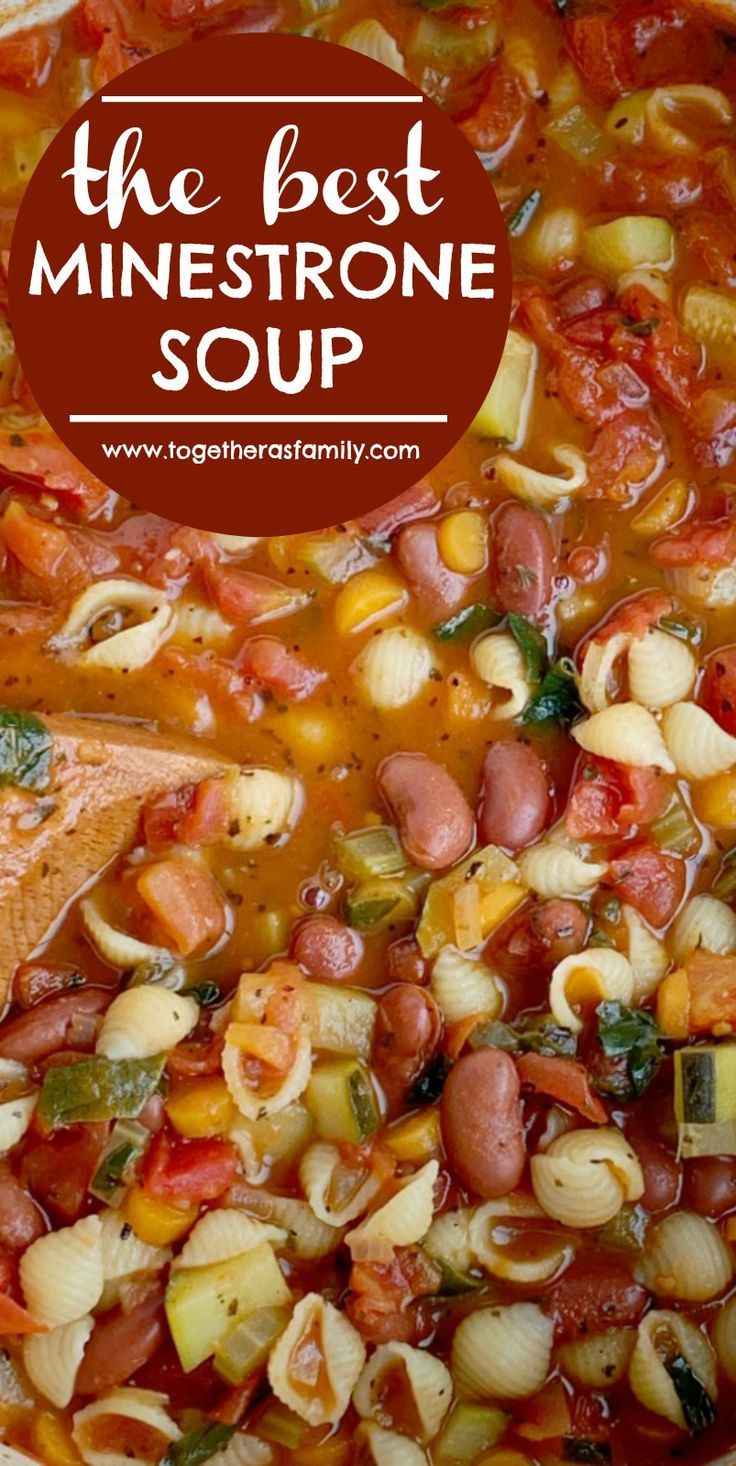 The Best Minestrone Soup | Soup Recipe | Healthy Recipe | This is honestly the best Minestrone Soup! A vegetable broth tomato base and then loaded with fresh vegetables, beans, and tender small shell pasta. It simmers in one pot on the stove top for a delicious and healthy dinner. #healthyrecipe #soup