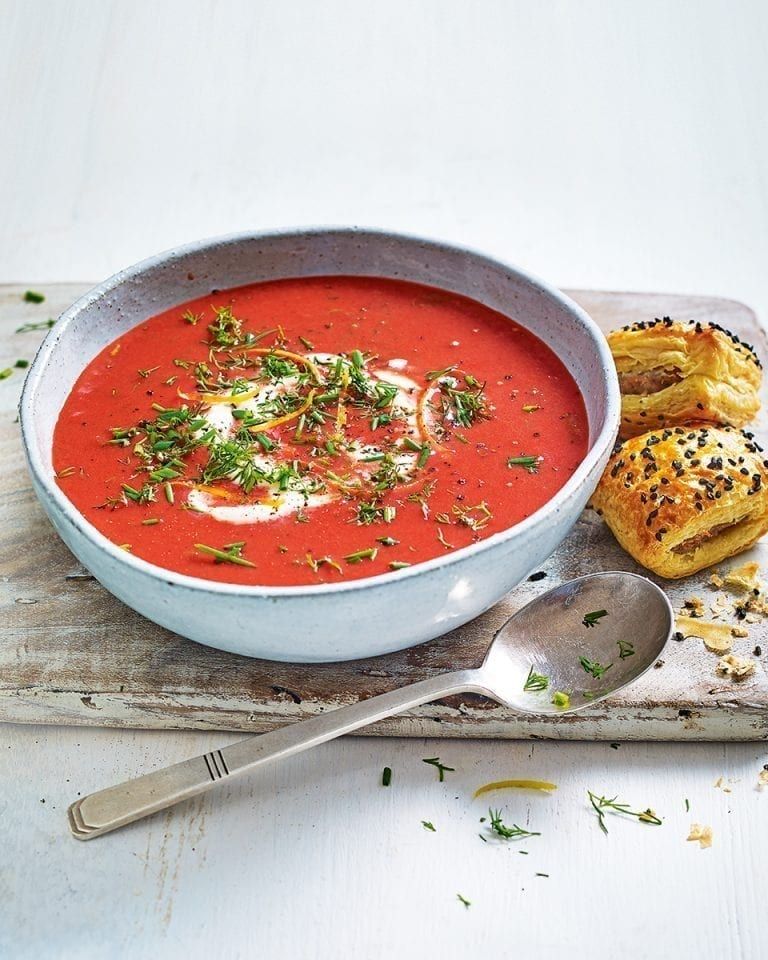 This vibrant bowlful is special enough to ring the changes and serve to friends, with sausage rolls or crusty bread on the side.